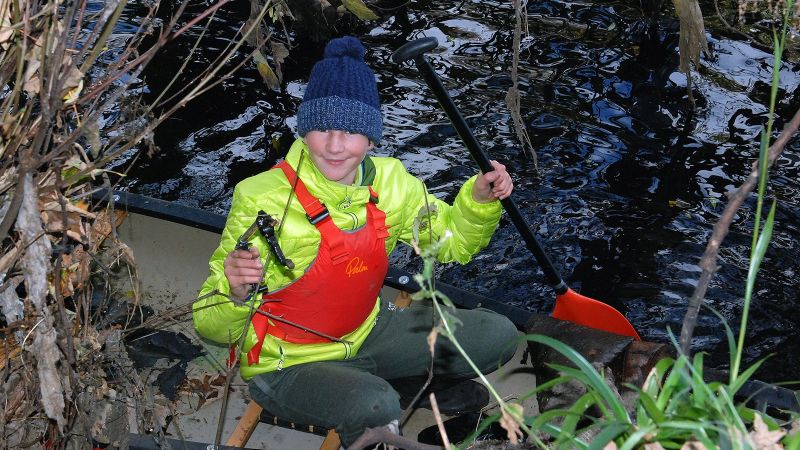 The floods were devastating last year and when we started with the boating season in March, you could see all the rubbish on the bank and in the trees overhanging the water.  With the foliage dying back, it has given us our first real opportunity to get to grips with the problem.”

We were invited to help by the Canal & River Trust.  We’re a Mirfield-based club and in our future plans we are hoping to build a boathouse on the island and also put in a nature trail.  Whenever possible, we like to try and help the local community.

Last Saturday, canoeists and canal enthusiasts combined to clean up the banks of the Calder & Hebble Navigation between Battyeford Island and Ledgard Flood Lock - work which has been needed since the devastation caused by the massive New Year floods of December 2015 / January 2016.

Such was the scale of last winter’s floods that some of the litter ended up 10 feet above the canal’s current level. Reaching this required the skills of Pennine Canoe and Rowing Club, who were only too happy to help.

Temperatures of three degrees welcomed the workers who soon warmed to their task and collected over 20 sacks of rubbish, mainly plastic bags and cans, a six-foot length of metal fencing and a discarded fridge.

British Canoeing's Regional Development Team would like to thank the Canal & River Trust, the Environment Agency, Kirklees Council, South Pennine Boat Club and the Safe Anchor Trust for working with Pennine Canoeing and Rowing Club to make this event happen, and look forward to hearing of many more such initiatives in the future.