After a break of two years, the canoe polo community were reunited at the National Water Sports Centre in Nottingham this weekend for the National Championships.

Over 400 paddlers representing 42 teams from across the UK played in over 150 matches to compete for the Open and Women’s national trophies.

The Open competition saw the teams split into the Cup, Plate, Bowl and Shield events for Sunday, and dependant on where the teams finished within the group stages following Saturday matches.

The top teams in the country battled it out to claim the Open title and coveted trophy, with Friends of Allonby from Liverpool taking on Humberside based Kingston in the final.

It was Kingston who came out of the blocks first, to take a 2-0 lead. FOA fought back and hit the crossbar, before a penalty reduced the arrears to 2-1.

As FOA looked to equalise, Kingston were threatening on the break and soon added to their advantage to make it 3-1.

FOA kept on pressing, but Kingston were in control of the match, and went on to claim three more goals to take victory and the national title with the final score 6-1.

In the other Open events, St Albans won the Plate, Aberfan secured the Bowl, and the Shield was claimed by Nottingham University.

The Women’s competition saw six teams play each other in a round robin group. Kingston also made the women’s final, where they played Bexleyheath based team Meridian.

Despite a delayed start due to thunder and torrential rain, both team contributed to an entertaining match, with Kingston, taking an early lead.

Meridian fought back and to two goals in quick succession gave the team in black a 2-1 lead at half time.

But Kingston showed they had prepared well for the Championships and three goals in the second half secured the women’s title with a 4-2 victory.

Ulster defeated Bridgend to win the Youth event for the third time running, a testament to all the hard work from players and coaches alike. The team travelled over 10 hours to compete with 17 players all aged under 21.

For Liverpool Dukes it was many of the players' first tournament, and they were very pleased to finish in third place in the Open Shield.

"I'm so happy to see competitive polo up and running in the UK again, it's great to see support from teams all over the country, England, Northern Ireland, Scotland and Wales were all represented.

"There was a really nice buzz as people got to see one another after the break from Covid. I'm sure everyone's muscles will be aching from all the hard work teams were putting in!"

British Canoeing’s President Dee Paterson played for Avon Ladies in the Championships as well as presenting the trophies and medals to the winning teams and runners-up.

“It is fantastic that we have been able to meet up and see people we haven’t seen for a couple of years and really get the sport going again.

“Some teams have been a bit limited in their preparations, but everyone has made a real effort to be here.

“It’s something we’ve been waiting for and as soon as we started playing you realise we have missed it so much.” 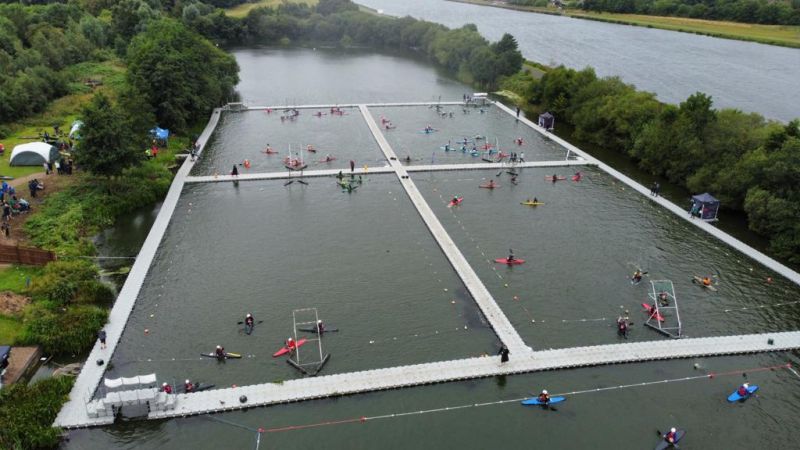