It's not something we often talk about, or maybe even think about, but the varying cycles of a period can have more of an effect on not just your paddling but on your general everyday wellbeing than you might once have thought.

We've teamed up with the English Institute of Sport (EIS) to further explain periods in general, but also how the varying phases of a period might affect your paddling performance.

Look out on social media for more #ShePaddles content over the coming months!

What is The Menstrual Cycle?

Day 5 -14: Follicular phase = Oestrogen levels rise prior to the release of an egg.

*This can vary for each female & therefore timescales may differ between individuals & across cycles.

Let's delve deeper into the phases...

The Period: It’s the official start of your cycle & occurs on Day 1 of bleeding & usually lasts between 2-7 days. It involves the shedding of the uterus (womb) of content no longer needed and can be associated with symptoms such as increased discomfort, food cravings, tender breasts & migraines.

The Follicular Phase: This is about preparing for pregnancy & you get a rise in a hormone called oestrogen. At the same time, another hormone, known as the follicle-stimulating hormone (FSH), stimulates your ovarian follicles to grow. You generally feel more upbeat & have energy during this phase which typically lasts from day 5-14 of your cycle.

The Ovulation Phase: A surge in oestrogen triggers a third hormone known as the luteinising hormone (LH) to be released. This hormone makes the follicle release an egg which then travels out of the ovary through the fallopian tube & to your uterus. This usually occurs around day 12-18 of your cycle.

The Luteal Phase: Large amounts of a hormone called progesterone are produced which simulates the uterus lining to prepare for a fertilised egg. Here’s where two things can happen. If you become pregnant, the egg moves into your uterus & attaches itself to the lining. If you are not pregnant, the lining of the uterus is shed through the vaginal opening & your period starts, meaning a new menstrual cycle begins. During this phase, many women face pre-menstrual syndrome, precipitated by mood swings caused by a drop in hormones. Other symptoms include cravings, fatigue, increased anxiety or depression. 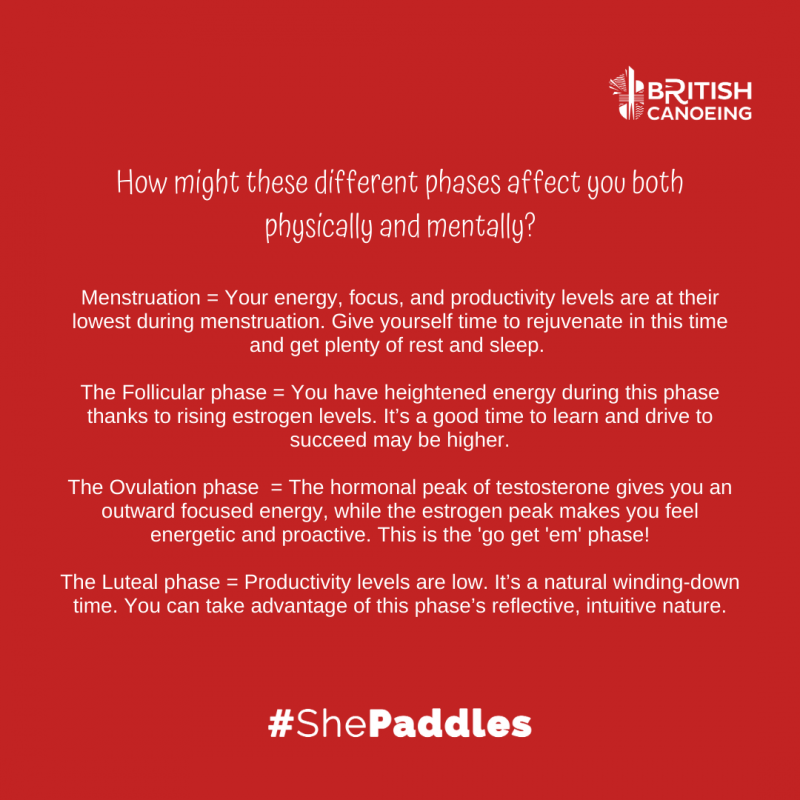 Looking for some handy hints and tips? Check out the Always website!