This week the Leicester Outdoor Pursuit Centre (LOPC) installed a SeaBin into the River Soar to help with the removal of plastic and other waste from the river. The bin works by filtering water through a mesh net & capturing pieces of plastic as small as just 2mm in length & width and in just 2 days the results were both remarkable and upsetting to see.

Whilst the LOPC has been conducting paddle litter picks for over 5 years, during which time they have collected over 17 skip fulls of waste from the river, the results from the SeaBin have been shocking to staff working there. There sheer volume and variety of small pieces of plastic that travel down the river un-noticed is staggering. This is where the SeaBin really comes into its own!

The SeaBin at the LOPC is the first to be installed within the East Midlands, and one of only 60 in the UK. Starting life in Australia, some of the other locations where these units are located worldwide include Sydney Harbour and the marinas surrounding Sydney, Monaco, LA and Hawaii.  The LOPC’s SeaBin is one of only a handful that have been deployed on an inland waterway, but Centre Manager Stuart Fraser was keen to fund this with charitable donations that were raised in support of the project to help reduce the amount of plastic waste that makes it out to sea.

Stuart hopes to source sponsorship for the running costs of maintaining the SeaBin at the LOPC and ultimately to purchase more units for location on site and at other locations.  Helping others to understand how the SeaBin works, the size of the issue faced & supporting the education of public, school groups and youth organisations is what Stuart and the team at the LOPC want to do next. 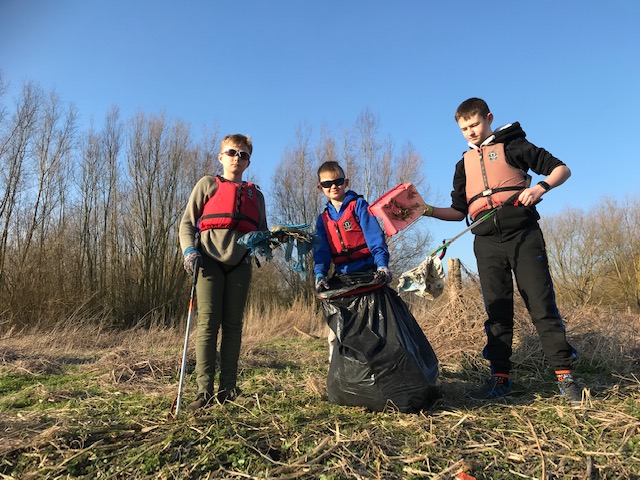 The SeaBin has been developed by the SeaBin Project to provide a practical and tangible solution to reduce the plastics in our oceans, rivers and lakes as part of its ongoing commitment to an ecologically sustainable environment.

Stuart went on to say, "the SeaBin aids the fight against plastic pollution by sitting in the water, attached to a floating pontoon, moving up and down with the water levels. It draws in water from the surface and passes it through a fine mesh bag, catching floating litter such as plastic bottles and microplastics as small as 2mm in diameter. A single Seabin can collect up to 1.4 tons of litter each year – the equivalent of 90,000 plastic bags or 35,700 disposable cups – and it costs as little as £1 a day to run."

"Initiatives such as this really do help make a difference. The Leicester Outdoor Pursuit Centre (LOPC) are delighted to play our part in helping remove plastic waste from the river. Our Canoe litter picks have helped to remove skip-loads worth of rubbish from the River Soar over the years.  Whilst these litter picks will continue to collect the large pieces of litter that are washed or thrown into the river, the SeaBin is working daily to remove the small pieces of plastic and other rubbish that are not collected by hand."

The LOPC are now looking at funding a 2nd unit and are keen to attract volunteer support for helping to manage the daily task of emptying & processing the litter collected.  If you're interested in getting involved, please email [email protected] for details.