Paddle in the Park 2019 took place over the weekend of 1-2 June as part of the annual Go Paddling Week orchestrated by British Canoeing, at the National Water Sports Centre, Nottingham.

The annual event, encouraging a mix of complete novices and seasoned pros, saw paddlers from across the UK descend upon the park for a weekend of family fun, alongside the chance to develop skills from some of the best in the business too.

Those new to paddling and local communities were welcomed down to 'give it a go,' with canoeing, kayaking and stand up paddleboarding starter sessions taking place all day, every day across the weekend. Hundreds of people took advantage of the warm weather on the Saturday to 'pay and play' on the lagoon, making use of the variety of crafts on offer.

Those who had prior paddling experience were invited to take part in one of the many workshops, with everything from introductory sessions on flat and whitewater, to more niche classes, such as intro to white water SUP, OC1 and freestyle workshops too.

It wasn't just workshops that paddlers could immerse themselves in though. Saturday evening saw the conclusion of the Boater X series, with Zac Allin taking the crown in the men's competition, followed by Gav Barker and Matt Stephenson in 2nd and 3rd respectively. The women's head to head was won by Sage Donnelly, with ex-slalom athlete Lizzie Neave claiming 2nd and Emily Buchanan in 3rd. The Juniors stepped up to the challenge of the HPP course too, with Ben Higson taking the win in the Jnr men's ahead of James Ward and Joel Crompton. Congratulations to Sennah Nader-Humphries who stormed to victory ahead of Abigail Goddard and Brogan Swart in the Jnr women's following an exciting race down to the finish!

Sunday lunchtime saw further interesting white water action, with the SUP X paddlers taking to the course. They certainly proved to be a spectacle for passers-by, with many people stopping to watch the action, despite heavy rainfall while their competition came to a climax. Congratulations to the SUPX male champion Anthony Ing, who beat off stiff competition from Matthew Stephenson and Dale Mears who finished 2nd and 3rd. Antony had been sharing some of his SUP white water skills and knowledge with paddlers on the Saturday, in a series of very popular workshops. The female SUPX crown was claimed by Beth Kirby, with Louise Royle taking 2nd place ahead of Emily King in 3rd. Massive well done to everyone who took part and to the organisers too, it certainly was an exhilarating addition to the weekend. If you enjoyed the SUPX, their next event is at White Water SUP Fest North Wales on August 10-11th 2019 in Llangollen.

Despite a slightly damp end to the Sunday, many people left with a smile on their face and a new skill under their belt (or spraydeck!).Thank you to everyone who attended the weekend and made it such a fantastic event. A special thanks also to those who took time to run workshops and help paddlers develop their skills and confidence.

Want to find out more about the weekend? The Paddle in the Park website is one to keep an eye on, and we'll leave you with a few of our favourite snaps from the weekend, below. 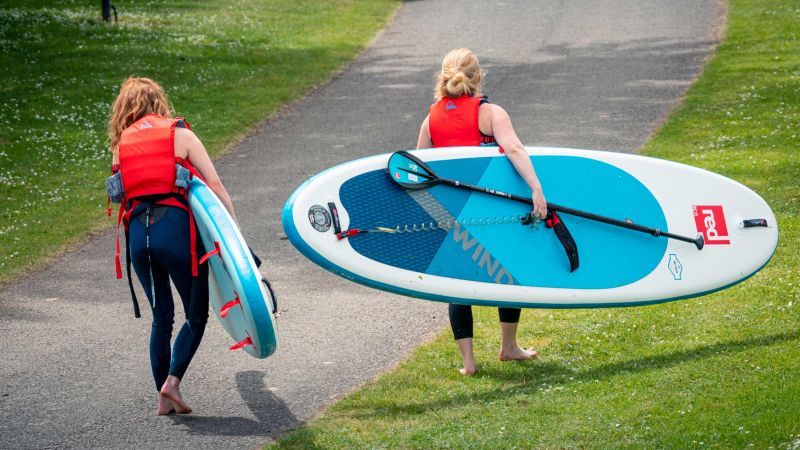 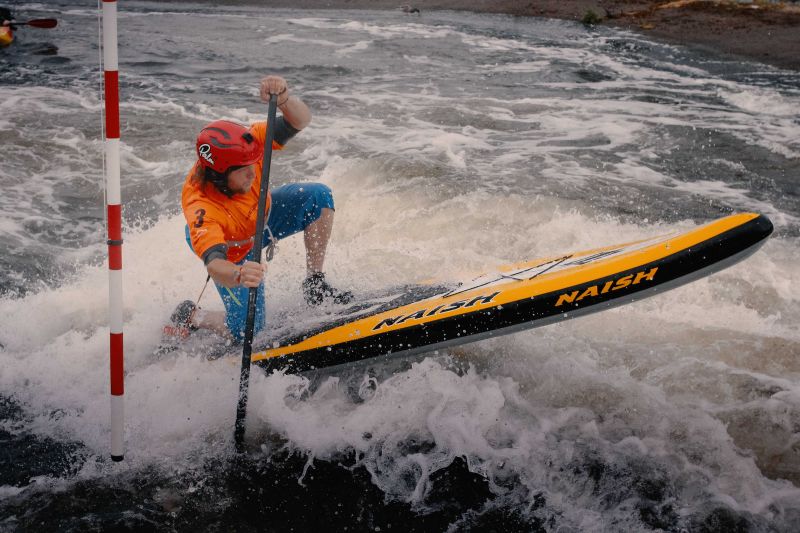