Taking the long route on the Three Lakes Challenge

The British Canoeing Three Lakes Challenge requires paddlers to travel the length of the three longest lakes in Wales, England and Scotland. One challenger decided that just wasn't far enough though. Why just go up and down a lake when you can go all the way round?

When Nathan Parry chose to take on the Three Lakes Challenge he wanted to get as much water time as possible and see every inch of the shoreline of the three beautiful lakes.

Unlike some who head out to gain the fastest time possible Nathan really wanted to take his time and explore.

Nathan took up kayaking after being unable to do other forms of exercise, when he was diagnosed with Pulmonary Sarcoidosis, an autoimmune disease that caused his immune system to become overactive, leaving his lungs scarred. This means he is unable to exert himself without getting out of breath very quickly.

I am now unable to run a mile without getting completely out breath. However, if I pace myself and avoid losing my breath, I can kayak or walk for as long a distance as I ever could. I particularly enjoy kayaking because I can build up a bit of speed and then cruise for a short distance before paddling again, without getting out of breath.

On October 1st 2016 Nathan spent under 2.5 hours circumnavigating Lake Bala in Wales. Bala is the smallest lake in the challenge and the distance around the shoreline was 8.5 miles.

It was seven months later, in May 2017, when Nathan headed out to tick off his second lake. This time he took on the 24.5 mile shoreline of Windermere, spending just over 8 hours exploring.

The final lake in the challenge; Loch Awe in Scotland, is a pretty impressive 25 miles when paddled from end to end. In total Nathan racked up 61 miles on the lake over a four day period, with a series of out and back trips.

After seeing the Canoe Focus article on the Three Lakes Challenge, I decided to take on the challenge, one lake at a time. Enjoying each lake on a separate weekend, rather than straight after each other.Circumnavigating the Three Lakes enables you to see more of the beautiful shorelines.

Nathan may not have completed the Three Lakes Challenge in a record time but it's safe to say he got maximum enjoyment from each lake and probably knows them as well as anyone by now.

They are both far larger than Loch Awe and would take me significantly longer, but my motto is "There's no hurry".

In the meantime, he's continuing kayaking up and down sections of the River Thames on Sunday mornings, adding to the 167 miles between Oxford and Windsor he has covered so far.

You can learn more about the British Canoeing challenge routes and choose the perfect challenge for you here. 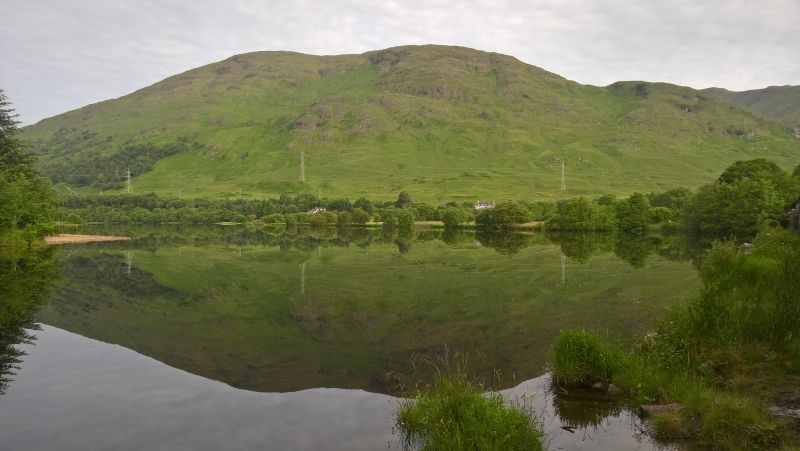