Kingston Kayak Club helping to save the oceans!

We hear from Kingston Kayak Club who took to the water to complete a clean up of the entire length of Beverley Beck.

On Sunday 2nd December 2018 the Kingston Kayak Club based on Albert Avenue in Hull completed a litter pick on the entire length of Beverley Beck. Nineteen members of the club, the youngest being 6 years of age, took part. A selection of kayaks, open Canadians and stand up paddleboards were used. This allowed the flexibility to access to all areas of the water they were supported by a bank party who removed litter from the surrounding footpaths.

A number of large tubs of debris, mainly plastics, were collected and sorted. The total of large sacks taken for recycling was; 1 sack of aluminium cans, 3 sacks of plastic bottles, 1 sack of glass and 4 sacks of non recyclables (polystyrene, fishing line and leads).

Ken Oliver the organiser said ‘I have organised a few of these events now and its great to see the support that our work gets from the public. Since the introduction of the bag tax there does seem to be less plastic carriers in the water’

Our club is environmentally sensitive and getting participation for this type of activity is easy. I attended the Deep last week and seeing their displays about the harm that man is doing to the environment particularly with plastic, really highlights how important all efforts are to safeguard our planet’ ​

– Dave Rawding Chairman of the KKC 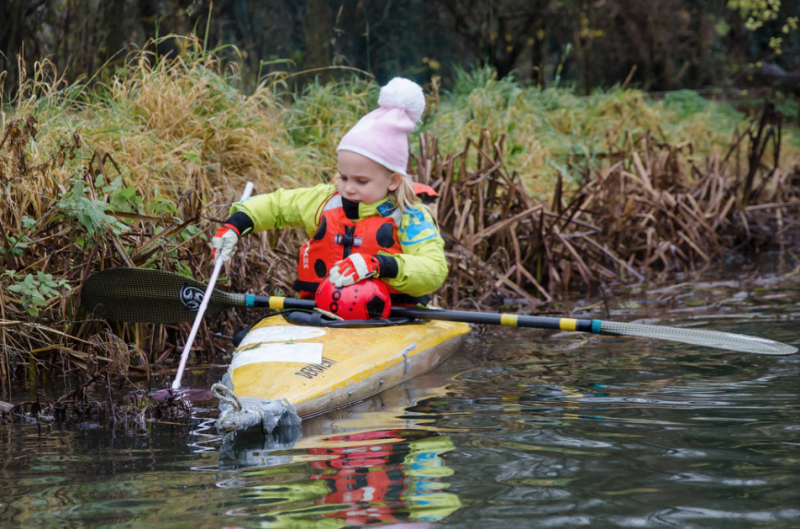 On the 28 November 2018 British Canoeing launched its Access and Environment Charter - Clear Access, Clear Waters - at an event in Westminster.

The Charter has been created as a result of collaboration and discussion between British Canoeing, its members, Members of Parliament and other stakeholders such as Inland Waterways Association, National Trust and Wildlife and Countryside Link.

There are a number of ways which you can get involved, visit britishcanoeing.org.uk/charter to find out more.