The Pirates Are Back on the Canal!

Last year Addi and her daughter Athina paddled their inflatable kayak, Boaty McBoatface, the length of the Leeds Liverpool Canal. The demise of Boaty meant that the Pirates of the Canal needed to dream up a new craft for their next adventure. This time Addi and Athina decided to build and paddle their own raft!

Enlisting the help of various friends and the Canal & River Trust, the intrepid pair constructed their raft from water pipes and other recycled materials. Having sorted insurance and licences they were almost stopped before they started by the lack of a support craft to carry their gear. Luckily Ben from Canal & River Trust stepped in at the last moment with a canoe.

With the benefit of little wisdom and maturity I discover that not everyone is going to support our dreams but we love how this playful project is becoming a community collaboration. So many good people with different backgrounds awakening their inner child and remembering what it is like to dream big.

Much planning, creating, crafting and imagining finally bring Addi and Athina to the start of their six day journey.

Taking to the water in Preston with great excitement, the first couple of miles seem easy. The duo soon realise that they have been fuelled by the novelty of their adventure. The weight of the raft (almost 120kg) soon bring the reality of the task into focus.

Born in Athens I was taught from a young age the ancient Greek ideal, that sport is preparation for life. 2,500 years ago a wise man named Socrates famously said: A sane mind is a healthy body. As a parent I create adventures that combine the two.

Not to be put off by the realisation of the depth of their task, the pair decided to try out different paddling techniques. They stand up, sit down and lean against each other. Athina is just nine years old and her cheerful enthusiasm makes the day seem easier.

That night the raft reaches Bridge 37 on the canal. Here a local B&B allows the support crew to park their camper van and Addi and Athina are met by a cooked dinner and comfy place to rest.

Setting off the next morning the canal adventurers were delighted to find that locals had gathered to cheer tham on their way. Before leaving they were invited to visit a farm and soon found themselves feeding the goats and collecting duck eggs.

For the next few days the pair measure their journey by mentally ticking off the bridges they pass under. It becomes clear that, despite the enjoyment they are getting, this task is tougher than they had imagined.

Athina is tough but tires at around noon each day. Addi knows how important it is for her daughters adventurous spirit to be given the freedom to choose when to stop. Athina hops off the raft to walk with one member of the support crew. The desire to be on dry land is possibly added to by the presence there of Bally the puppy! Despite being exhausted herself, Addi’s sheer determination and stubbornness keep her paddling to the end of each day.

At Bridge House Marina spirits are raised as the arrival of the raft is greeted by a host of well-wishers. Smiling faces and clapping hands help to revive aching limbs. Addi finds that once back on land, everything continues to move and nausea kicks in.

The People Who Made The Journey

Various people made the journey so much more worthwhile. It not have been completed without the expertise of friends and Kat and Dan acting as support. But it was the kindness of strangers which gave extra delight.

On day four the MacDonald family were passing, on their first canal boat holiday. With fourteen kilometers already covered that day, Addi was grateful for the offer of a tow. As they chugged along the canal, they were even taught a new card game.

The pirate mouse on the raft flag also brings attention. As they overtake a tea-room barge people bang on the windows and shout ‘Go pirates!’ Mr John, an 85 year old taking his morning walk beside the canal, opens a swing bridge and requests a photograph with the unusual pair.

Unaware of it, these strangers assist me as a parent to teach my daughter a lifelong lesson on love and generosity.

Addi even gets an examination from a medical alert dog! Her owner explains that Greta is trained to detect minute changes in blood sugar levels. She can then alert her owner if her blood sugar levels are dangerously low, thus preventing hypoglycaemia. Addi is given a clean bill of health by Greta and paddles on.

One chatty lady who rushes home to tell her husband about the approaching raft. He then makes an appearance, breathless from running: ‘Young ladies, how do you take your tea?’ By the time they reach their home he’s standing outside with hot drinks, a handful of chocolates, his entire family and his neighbours who are intrigued to see what the big commotion is all about.

Happiness lies in the little things in life, like sharing a cuppa and exchanging a good laugh with a bunch of strangers.

It’s Not All Fun and Laughter

At times the wind is a cruel enemy to the pirate raft. On one day Addi decides that she is making so little progress it would be easier to get off and tow. It is not long before the tow ropes are tangled in bushes and pirate curses are heard all round. Meanwhile Athina did her bit for the environment by scooping plastic bottles from the water.

Our vessel travelled 70 km in under a week at a frightening average speed of 800 m an hour.

As fatigue from day after day of paddling set in Addi also found it tough to rise early each day. Luckily her small human alarm clock did not allow her to snooze. Athina was always up and bouncing around, ready to get the day started.

The one thing the team did not have to contend with was locks. The Lancaster Canal offers the longest stretch of lock free cruising in the country. It is also host to the stunning Lune Aqueduct, one of John Rennie and Alexander Steven’s finest pieces of work.

On August 26th the mother-daughter team paddled into Cumbria for the final leg of their journey. They drank in the stunning landscape and enjoyed the company of swans and cows. The raft may have been heavy and slow but it had served them well. A new adventure was in the bag and new lessons learnt.

I want Athina to live, to learn and to accomplish something she’d previously thought impossible.

When we are children we all dream of the adventures we will go on one day. Often, once we become adults, every day life gets in the way. It is all too easy to decide we don’t have the time or space in our lives for these dreams. Addi is not only still following her adventurous soul she is also teaching Athina to do the same.

If you would like to read more about this or any of Addi and Athina’s other adventures visit their website: teamaa.co.uk/ 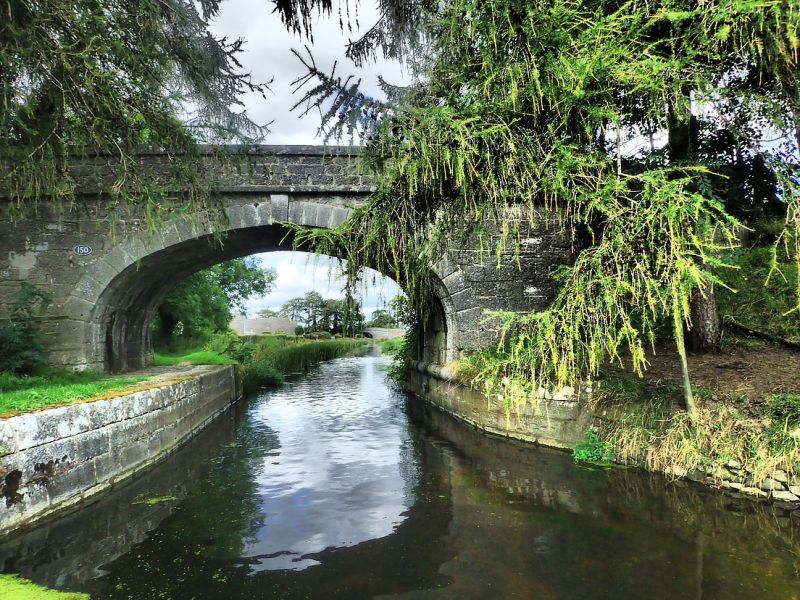