The conference is open to coaches, leaders and guides, at all levels and disciplines, who are invited to engage, discuss and reflect on the thought provoking keynotes and workshops throughout the weekend.

British Canoeing is pleased to include an evening talk at the 2018 Conference from Colin and Katrina Skeath, part of the recently returned team who have been 'Canoeing Around Britain'.

Just after 7pm on Monday 24th July 2017 Colin Skeath and Davis Gould Duff paddled their Swift Temagami canoe into Strontian on Loch Sunart having completed the first ever circumnavigation of the British Mainland by open canoe. Their epic voyage took 86 days and covered 2064 miles. Their journey took them through fast tide races and busy shipping lanes. Through the course of the trip they completed 10 crossings of over 40 miles. One of these alone would have been considered a major undertaking in a canoe.

Colin's love of adventure can be traced back to his days at a comprehensive school in Kent where he joined an outdoor pursuits group, participating in kayaking and climbing. It was climbing that stole his heart and he pursued this hobby extensively for the next 30 years.

However, Colin’s passion for the vertical started to give way to canoeing in 2010 when he bought a 17 foot canoe and learnt the basics of paddling on Loch Sunart and by 2012, climbing was a thing of the past for Colin.

Following many coastal adventures by canoe and canoe trimaran around the West Coast of Scotland, in June 2015 Colin and Katrina made an adventurous circumnavigation of Anglesey in North Wales by open canoe. This involved paddling through dangerous tide races and through the turbulent Menai Straits in the dark. As well as open canoe, Colin also paddles a racing kayak (K1) and has complete the annual 125 mile Devizes to Westminster international canoe race on 4 occasions.

The idea of circumnavigating Britain first came to Colin when he purchased his canoe trimaran in 2011. Over the next couple of years the idea evolved to become the reality that it is today, to do it in an open canoe. And who better to experience this challenge with him than his nephew, Davis.

Katrina met Colin in September 2003 and since then she has had a life full of adventures!

Colin introduced Katrina to climbing and over the following years Katrina and Colin climbed together all over the UK, in Europe and America. In and amongst the climbing they have also walked the West Highland Way in the middle of winter, cycled from Lands End to John O’Groats on a tandem and completed the 125 mile non-stop Devizes to Westminster canoe race in a racing kayak over 28 hours.

Having bought their first open canoe in 2012, a 17ft Old Town Penobscot, Katrina and Colin have grown to love this mode of transport and in June 2015 they used this boat to circumnavigate the Isle of Anglesey in North Wales over two days.

However, when it comes to circumnavigating Britain, Katrina has taking a back seat and provided land based support for Colin and Davis as they undertook this amazing feat of endurance. Katrina drove around Britain in a campervan with her co-crew, Tyke and Gonzo, their dogs.

So if you’re a Coach, Leader or Guide, this Coaching and Leadership Conference has something to offer you and is an opportunity not to be missed! 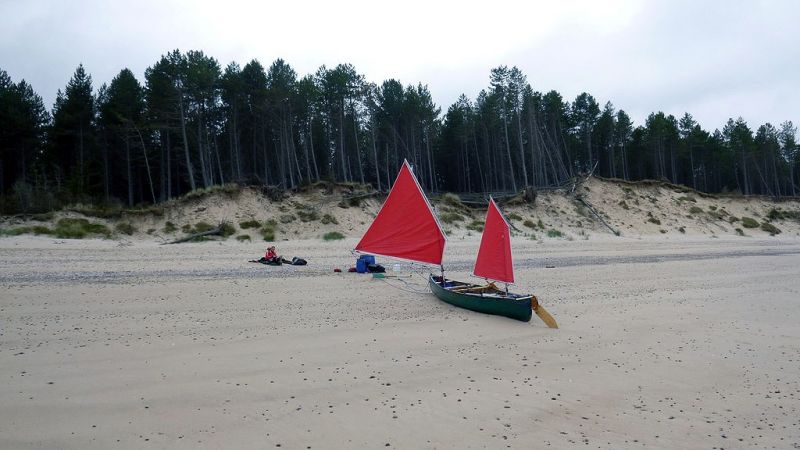